One of the big challenges so far for the physicians and scientists has been the harmful effects of electro magnetic waves for all the people who regularly use their mobile phones more than six minutes per day for the conversations! This challenge is further applicable to those people who use non- LCD monitors and Televisions, as these devices could affect up to four meters distance of their perimeter by their emitted harmful electro magnetic waves! So, as a result, it is to be noted that cancer, tumor, migraine, miscarriage, etc… are just a few of many side effects originating from the usage of your cell phones.

But anyway, by living along with a small and magic ladybeetle, all these challenges and struggles could be easily resolved. Because during the performed research and experiments, undertaken by the worldwide research centers, it has been shown that this product (CLEAN FON & CLEAN COM) has been made from carefully selected fine ceramics which is capable of absorbing and eliminating of 50 to 90% percent of harmful electro magnetic waves. 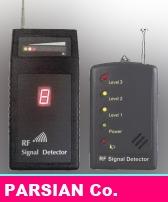 Detect wireless spy camera, mobile phone, bug and…easily.This device is the best and most reliable and new product for ensuring you that nobody peeps your privacy or records what you say.

You can easily distinguish and be aware of spy camera, bug (analog) and cellular phone (digital) signals referring to LED display and buzzer sound change. 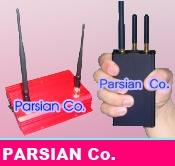 Technology extension and escalating rate of Mobile phone usage worldwide, There are millions and increasing number of users dealing with this technology every day.

Such a huge rate of usage can cause various problems in certain places such as: Conference halls, meetings, C.C.U & I.C.U wards in hospitals & health centers, examination halls, educational institutes as well as economical, cultural and political centers. Mobile phones can even distract privacy & security of people.

Escalating expansion of the cell phone technology worldwide, there are millions and increasing number of people using this contemporary phenomenon everywhere in the world.

Due to some geographical areas and locations and for other natural or manmade barriers at various locations and areas in the world, huge number of the people and / or subscribers can not establish a connection to the cell phone network or their connection is cut or even in a poor quality, as a result they are deprived of a wide range of facilities, services and donations namely telephone conversation, telecon, SMS, MMS and so on. For situations and climate conditions in the world, existing cars are not applied optimally. Drivers have usually imagined of extra fuel consumption for better efficiency and productivity, but this will result in more fuel consumption and also …

Parsian CDCo. is a leading company in supplying and distributing its products in a wide range to international markets. In this field we have been welcomed by distributors in the world market. Our company has 14 sales representatives along with 153 sales agents. All of its agents and representatives are ready for giving services throughout the Iran.

Contact us to get more information, free consultation and services.