Order and purchase goods from all around the world for domestic LC in Rial. Supply and distribution of food, electronic equipments, security, telecommunication and …

Basmati is a variety of long grain rice grown in India, Bangladesh and Pakistan, notable for its fragrance and delicate, nuanced flavour. Its name means “the fragrant one” in Sanskrit, but it can also mean “the soft rice”. India is the largest cultivator, consumer and exporter of this rice; it is primarily grown through paddy field farming in the Punjab region.

The grains of basmati rice are longer than most other types of rice. Cooked grains of Basmati rice are characteristically free flowing rather than sticky, as with most long-grain rice. Cooked basmati rice can be uniquely identified by its fragrance. In addition to normal (white) Basmati rice, brown basmati is available, although uncommon. Basmati rice sells at a higher price than other varieties, and basmati is often adulterated with inferior types and sold with the basmati name and price. Basmati rice has a typical pandan-like (Pandanus fascicularis leaf) flavour caused by the aroma compound 2-acetyl-1-pyrroline.Basmati rice is often used for cooking Biryani, Pulao and sometimes Kheer. 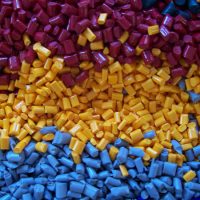 Batches of synthetic or semi-synthetic materials which are derived from polymer process are called plastic. Plastics are batches of condensation or incremental polymers. Plastic is one of the most important products of crude oil which with no exaggeration, reckons among the most important & widely used products of today’s world. Due to the unique features of plastic, it is widely used in all industries of the world such as nylon, plastic containers, toys, stationery, electricity switches of the building and home appliances as well as personal computers, mobile phones, motorcycles, car industries, aviation, aerospace & medical industries & sporting items, etc … Types of plastic raw materials: 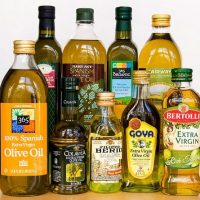 Sugar is the generalised name for a class of sweet-flavored substances used as food. They are carbohydrates and as this name implies, are composed of carbon, hydrogen and oxygen. There are various types of sugar derived from different sources. Simple sugars are called monosaccharides and include glucose, fructose and galactose. The table or granulated sugar most customarily used as food is sucrose, a disaccharide. Other disaccharides include maltose and lactose.

ICUMSA (International Commission for Uniform Methods of Sugar Analysis) is a world-wide body which brings together the activities of the National Committees for Sugar Analysis in more than thirty member countries. Work is carried out under various Subject headings, each headed by a Referee.

Methods are recommended for tentative approval by ICUMSA in the first instance. Upon meeting all of the Commission’s requirements, methods are accorded official status. Methods which are demonstrably useful and have found an established application, or which do not lend themselves to collaborative testing are given an Accepted status” An ICUMSA rating is an international unit for expressing the purity of the sugar in solution, and is directly related to the color of the sugar. Be aware that there are different types of ICUMSA units. For Brazilian sugar, the lower the ICUMSA figure the whiter the sugar. However, this is not the case in the E.U. for some unknown reason, which has been the subject of much discussion. 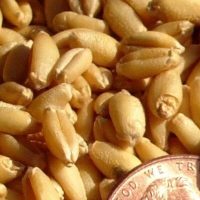 Wheat is the main crop. This plant is found in wild and domestic species. Wheat is reckoned among flowering plants of monocotyledons of one year old and the dark millet and the family of grasses. Wheat inflorescence is a spike. Of each node, it usually occurs spikelets consist of two or three florets glume. Sometimes the floret number could reach 9. The wheat seed has been lodged between the two coats similar to spoon namely outer diaper (Lama) and inner diaper (Paula). Leaves of wheat identical to leaves of other cereals ( except maize and millet), are thin and narrow and have small tabs. 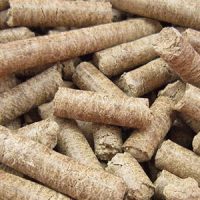 Solid meal for feeding animals will be remained after draining oil from the oil seeds.Meal, during past times in Persian language was also called Konjareh & Konjideh.

The remaining of anything like grape, sesame, soy, corn, castor oil and similar things that arises from worn or compressed or drainage water or oil, is called the meal. Rapeseed, cotton seed, Guar gum, sunflower, olive seed, and etc…, are numbered among other nuts that the meal will be derived out of them. Meals are rich in protein and nutrients and they are valuable for feeding the poultry, fish and other animals.

Usually the meals are broken into smaller pieces or flour before being sold. The meal out of some of seeds such as castor and polished tree are poisonous to eat and they are only used as fertilizer.

Argentina and Brazil are the largest producers and exporters of this product in the world and these countries have a significant share in meeting the global market needs. Countries like India, China and Central Asian countries also contribute to the provision of these basic goods and they are numbered among the supply sources of Parsian Civilization Development Company.

Parsian CDCo. is a leading company in supplying and distributing its products in a wide range to international markets. In this field we have been welcomed by distributors in the world market. Our company has 14 sales representatives along with 153 sales agents. All of its agents and representatives are ready for giving services throughout the Iran.

Contact us to get more information, free consultation and services.